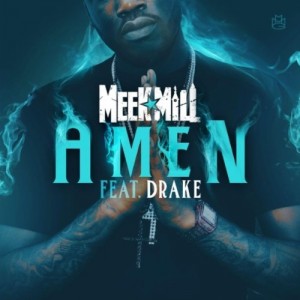 Rapper Meek Mill and Pastor Jomo K. Johnson have beef. I know. Before this week, you’ve probably never heard of either of them. Meek Mill is a Philadelphia rapper whose track “Amen” has inspired the ire of Pastor Johnson who has called for a boycott of Mill.

Listen to the song for yourself and read the lyrics.

I’ve written elsewhere about why rappers incorporate religious themes.  It’s inevitable. Religion is in the hood nestled between the liquor stores and the churches on most urban corners. And when rap and religion combine, the result is oftentimes an irreligious song like “Amen” that incorporates religious themes.

I mean, I’ve never sung a hymn that thanked God for pretty bitches or balling on a nigga. That said, I have sung plenty of hymns that praise God for good things. Mill acknowledges that blessings come from God. And that is where critical analysis of this song should begin. Not with a boycott.

In Rap and Religion: Understanding the Gangsta’s God I show how rap and religion can be used as tools to measure and move this hip hop generation. Listening to raps like “Amen” help us measure what youth believe and help us move them to a healthier emotional, physical, and social space by providing for their needs. Instead of calling a track blasphemous, it would be more beneficial to use it as a barometer. Consider these questions as productive places to begin.

Asking questions like these can help pastors and concerned citizens measure what the artists who create the songs and the fans who play the songs are thinking about their everyday experiences and their futures. Answering these questions can help move said artists and audiences towards a better, more affirming place.

Rap teaches religion where it fails to meet people’s needs. Religion, at its best, should teach rap to prioritize relationships—with strangers, family, oneself, and one’s higher power. That said, is Meek Mill being disrespectful in the song? Yes. He depicts relationships of exchange where individuals use each other to achieve their own personal interpretation of good. Is Pastor Johnson being disrespectful for boycotting Meek Mill? Yes. He attacks the man instead of the context that creates a track like “Amen.”

In the story that broke the beef, Jenice Armstrong noted Pastor Johnson is a youthful minister and a self-proclaimed hip hop head. This proves you don’t have to be an old fogey to fall into the trap of being so holy that you’re no earthly good. Anyone who rushes to judgment at the admixtures of rap and religion without considering their context should try being a bit more meek.