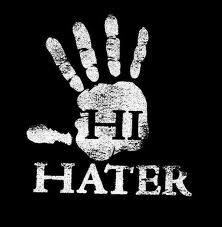 And yet, hip hop has another hater who consistently draws attention to the genre.

Before folks like  G. Craig Lewis, Vigilant Citizen and others started claiming that rappers were agents of the devil, rappers described their interactions with the devil on their own terms. I’ve written elsewhere about why all the silly devil talk should be taken seriously and Rap and Religion breaks down how and why rappers use devil discourse. But for now, check out rap’s four most explicit songs about dealing with the devil–hip hop’s most vicious hater.

In each video, the devil is clearly an antagonist, but do you think rappers also worship the devil?