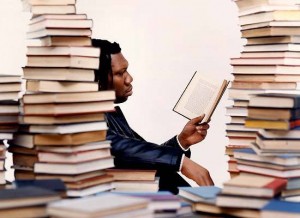 Hip hop isn’t dead, but it is getting dumber. Audiences of young hip hop heads always get restless when I say this, but it’s true. Part of the reason hip hop is not as sonically and lyrically sophisticated as it was in the past is because our youth don’t know any better.

This weekend, I went to see Something from Nothing: The Art of Rap. Ice-T interviews rap veterans who explained the art behind their rhymes. They discussed shaping narratives, writing their lyrics, ruminating on the content, and then going to the studio to make it hot.

Of course, everyone had different processes, but the general theme was the passion for the art form. Ice-T covers New York, L.A., and Eminem in his documentary. Besides Bun B no southern rappers received their props. I would guess this is because of the simplicity stereotype that emerges from the south. Additionally, the featured rappers were all well over 30 which, more than likely, is a subtle diss to the kids who drop an album every quarter and brag about not having a work ethic.

I’ve never been impressed with the rapper who claims, “I never write anything down, I just spit.” As Treach eloquently noted in the documentary, “We can tell.” There’s a difference from being a Jay-Z who really can work out complicated lyrical narratives in his head after years of practice and the rest of us.

But I don’t blame the youth. Not only are they not being educated about narrative structure, myth, and music, but they aren’t being taught a work ethic. Teaching to tests, social promotion, and everyone’s a winner ideologies celebrate mediocrity. As I write in Rap and Religion

The underfunding of public education in the United States has done a grand disservice to popular culture. Children who are no longer taught music in school, and who graduate barely literate cannot make sophisticated contributions to hip hop culture. Emerging rap artists are becoming popular at younger and younger ages. We cannot expected impassioned musings about meaning and power akin to those bestowed on us by Jay-Z from someone who is 16 years old.

Thankfully, there are hip hop educators out there rescuing our kids. Every Tuesday there’s a #HipHopEd twitter chat where educators and artists muse on a hip hop topic. The stimulating real-time flow of ideas from folks around the country mimics a cypher and is unparallelled in terms of an accessible, sophisticated hip hop education. Everyone is welcome. Check out a recent archive on fatherhood.

And there’s a new initiative in Los Angeles called the Los Angeles School of Arts and Entertainment (LASAE). Their mission is

to improve student achievement through high quality arts education and to provide a bridge between South Los Angeles youth and employment opportunities in the entertainment industry.

LASAE will be a college prep school that also offers high-level instruction in music, dance, drama, visual and media arts.

A school like this is an answer to the problems listed above. LASAE will provide students with the skills, the knowledge, and the work ethic they need to be successful in the hip hop world and beyond. If you’re in L.A. come to the public hearing to support the establishment of the school on Wednesday, June 27, 2012, at the Inglewood Unified School board meeting at 7pm. More details are available here.

Hip hop education is more than a good idea. It’s the solution that will save hip hop.