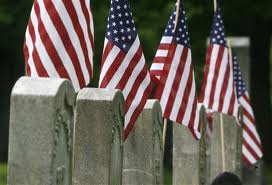 Today is Memorial Day. As we celebrate with family and friends, let’s remember not only our fallen soliders but also those veterans who returned home but found it difficult to adjust to civilian life. Because post-traumatic stress disorder (PTSD) can occur after any traumatic or violent event, soliders are extremely vulnerable to the condition. In fact,  the suicide rate of active-duty troops exceeds that of the general population.

Anthony Swofford’s article in The Daily Beast notes that

This is a crisis within our country. Each of us must educate ourselves about the signs of PTSD and the available resources.

We must also be more vigilant about the urban wars at home. How many more rappers will we lose to violence? How many more hip hop heads, whether active participants or silent observers, will suffer from PTSD in the urban war zones of cities like Chicago? Suicide and homicide are two sides of the same coin.

Rap music is perhaps most religious when discussing death and the afterlife. When religion meets rap music we are often reminded of the loved ones that we lost as well as the conditions that contributed to their deaths. Let’s use the messages in the music to identify signs of PTSD help those who must learn to live with violent and traumatic death.