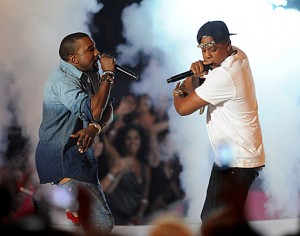 There are centuries of history between nigger and nigga. There’s also a common thread that unites the two, but most people are unfamiliar with it because we rarely have honest dialogue about the terms. Let me break it down for you.

A nigger was a property thing. A nigger was a stolen or bought enslaved African whose value was reduced to how much profit he or she could procure for the plantation. A nigger had no rights—not even the right to be considered human. Oppression is defined as the complete eradication of one’s choices. A nigger is the epitome of oppression.

Post-emancipation when blacks earned the power to name themselves, they called themselves negros—a shift from, but still a derivative of nigger. The biggest difference was that a negro had personhood. As history progressed, the identifying terms changed from negro to colored to black to Afro American to African American and back to nigga. Why would years of renaming and progress cause some blacks to publicly declare themselves niggas? In a word, oppression.

When rappers ushered nigga into the mainstream, audiences of all races were introduced to contemporary forms of black oppression through criminalization, discrimination, surveillance, and imprisonment. (Read more about oppressive urban conditions in the Rap and Religion excerpt.) Audiences were also reintroduced to nigga as a commodity thing—a persona packaged by rappers with the help of white industry executives to sell black bodies to primarily white audiences.

The common thread between nigger and nigga is black bodies as a form of capitalist enterprise. I don’t expect Gwenyth Paltrow to understand this. Clearly she’s not a racist because she has black friends—several of whom are very rich, don’t seem to be oppressed, and don’t mind her using the word. Watch Nas emphatically call her a “real nigga.”

When I noted earlier that you may feel perfectly comfortable when you hear nigga, it’s because the popularization of the word abstracts nigga from history. If you don’t know the history, you won’t have a problem with casually tweeting nigga as Paltrow did or singing along to “Niggas in Paris” as millions of fans do.

Jay-Z and Kanye are not casually using calling themselves niggas, though. A careful reading of the “Niggas in Paris” lyrics acknowledges that the rappers see themselves as oppressed outcasts moving into the upper echelons of power. The folks that want to fine them are trying to reduce two black men to dollar signs. While Jay-Z acquiesces that his money defines him

“What’s 50 grand to a muh’fucker like me? Can you please remind me?”

they subtly acknowledge that although outsiders may see them as niggers (i.e. property things), they see themselves as niggas (commodity things).

And this is the essence of the term. Nigga is not nigger spelled differently.  A nigga acknowledges histories of oppression and simultaneously resists these histories by exercising  some control over his (or her) capitalist production. Jay-Z and Kanye West are not performing “Niggas in Paris” 8-13 times in a single show for free. They are capitalizing on their ability to create capital from the very same audiences that have historically benefited from their oppression and their ancestors’ unpaid labor. And picking Paris was no accident. In addition to being a fashion capital, black artists and intellectuals exiled themselves to Paris for years in order to escape American oppression.

So back to the title of my post. If a rapper says, “Jesus is my nigga” the rapper means that Jesus was a fellow oppressed person exiled from his homeland. Jay-Z and Kanye are notorious for rocking blinged out Jesus pieces because the commodification of Jesus proves that one can still be a powerful, humanized, revered commodity thing regardless of what one’s oppressive haters may say.