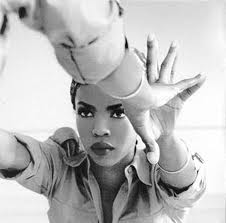 Ms. Lauryn Hill’s birthday was on May 25, 2012. It was an opportunity for the blogosphere to resurrect her memory and mourn the absence of one of hip hop’s greatest stars. Only Ms. Hill is alive and well. I imagine she celebrated her 37th birthday with family and friends. It’s her career that has been laid to rest, but she seems to prefer it that way.

When I first heard The Miseducation of Lauryn Hill I thought that CD was about me. I rushed to Best Buy on the Tuesday it dropped and played it over and over. I clearly remember her arms full of Grammy’s saying that it wasn’t a burden to serve Him. Perhaps more than anyone else, Ms. Hill mixed rap and religion as effortlessly as she sang and rapped on a single track. I was proud of her like she was my big sister.

Years later as a graduate student, I still loved the album but one song in particular sat on my ears. “I Used to Love Him” is an empowering break up song until you really study it.

I tracked the song’s metaphors of domination, submission, and stagnation. I published a theory-heavy article about how the oppressive negative metaphors constructed a domineering God who wanted Ms. Hill to suffer. Figuring that no one read it, I gave a talk with a sexy title called “God Hates Lauryn Hill but Loves the Bad Bitches.” It was a tough crowd that night but when I was finished, the audience at least agreed with me that Ms. Hill and her ideas about God were much more patriarchal and punishing that her female rapper peers like Foxy Brown, Lil Kim, Lady of Rage, Missy, or Trina. Then I revised my arguments for the “Doin’ It for Daddy” chapter of Rap and Religion where I argue that both the young man and the Daddy God in the song demand a self-sacrificing submission from Ms. Hill.

After doing this work, Ms. Hill’s disappearance from the public eye was never a surprise to me. I even blogged about how we should leave her alone. The woman needed to recover. She lost a love that she never replaced with anything. Her chorus tells it all. “I used to love him but now I don’t” is incomplete. What if she had sung, “I used to love him and now I love ME.” That’s a whole ‘nother tune. If Ms. Hill could have sung it then, she might still be singing now.