Thank you to everyone who supported Rap and Religion on tour at the University of Southern California in Los Angeles, the University of South Florida in Tampa, the National Communication Association in Orlando, North Park University in Chicago, as well as the Indiana State Federation of Colored Women and Old Soul Entertainment in Indianapolis. My first tour was a wonderful experience. If you would like a Rap and Religion lecture or event to come to a city near you soon, please contact me. In the meantime, here’s the recap pictorial for the last event of 2012. 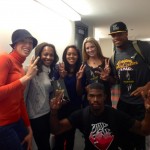 Dr. Marcia Dawkins invited me to drop some knowledge with her USC students. Yes, that is TJ MacDonald and De’Von Flournoy. 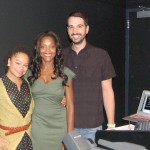 Next stop: USF where I reunited with my first graduate students Alisha Menzies and Chris Patti who are now ABD. 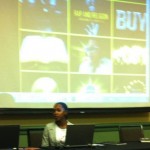 So, the focus is off, but this NCA photo composition with RapandReligion.com on screen is pretty cool. 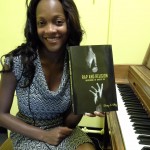 Waiting for showtime at North Park University. Yes, I did play the one song that I know on that piano. 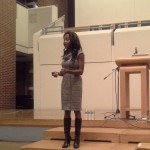 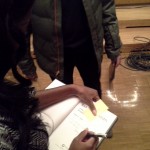 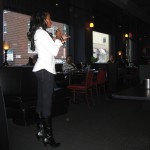 Props to Old Soul Entertainment who provided me with a mic and DJ Jay Diff. 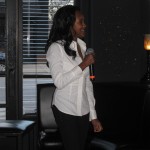 It’s hard for me to put the mic down and say goodbye.