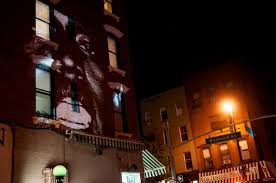 Not unlike the coming of a messiah, Yeezus, Kanye West’s sixth album was heavily anticipated before its release date on June 18th. In all fairness, most of that was due to an internet leak and not any inherent mystical properties of the album itself. In fact, its minimalist sound, promotion, and packaging (there is no coverart) would seem to imply that there’s less offensiveness within this album than other recent West public offerings, but alas, what many consider blasphemy and rampant lyrical misogyny put rap, religion, and Kanye West at the forefront of public discourse.

As the author of Rap and Religion: Understanding the Gangsta’s God, I wanted to use the concepts from my book to offer some perspectives on West’s Yeezus that were missing from the media maelstrom.

Yeezus is not blasphemous. Oppressed people, including many rappers, have a historical affinity for the Jesus who was misunderstood much like they are. Jesus had haters. Jesus was unfairly judged. Jesus was under state surveillance. Jesus was betrayed. Jesus was publicly berated and executed. Multiple rappers including but not limited to West have empowered themselves by aligning with a historical and spiritual figure that overcame hardship. If you read Jon Caramanica’s New York Times interview, West’s perception of his being misunderstood is legendary. Besides, this isn’t West’s first public appropriation of Jesus. There was the February 2006 Rolling Stone cover and of course, 2004’s “Jesus Walks” where the astute have duly noted–Jesus walks with West and not the other way around. 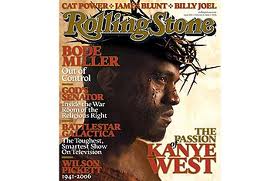 Should West pay more homage to Jesus? Only if he’s a conservative Christian, which he clearly is not. Who is anyone else to judge this faith? Jesus is a revered figure for him. No one chooses a weak and ineffectual model to emulate. Jesus loses no power in Yeezus’s hands. Besides, West has been in the game long enough to know that being clever and causing controversy pays the bills (and purchases extravagant pleasures).

Despite its lyrical vacuity, Yeezus offers more sonic substance than anyone else in the game right now. If West is indeed pointing toward a new prophetic direction for hip hop, doesn’t the title become even more appropriate? Even Jesus’s disciples failed to understand the meaning of his parables while he walked the earth. Yeezus is minimalist like Jesus, but let us remember that this same Jesus who declared rich men would have a hard time getting into heaven also boasted of his Father’s many mansions. Throughout the album, West asks audiences to embrace a similar “and without contradiction” acceptance especially of his social commentary about race and his social disdain for women.

West’s album is filled with typical rap posturing. No successful rapper has ever spent an entire album rapping about how he can’t read, can’t get a job, and can’t keep a girl. Rap is a fantasy world, where men’s success is premised on making their wildest dreams seem true. The catch comes if you’re a black man without any real power. How do you convince an audience that you do have power when the fashion world won’t take you seriously, detractors upbraid you for having a baby with Kim Kardashian, and people publicly make you apologize for words and deeds you’re not sorry for. Well, apparently, West came up with an answer in the 48 hours he spent finishing lyrics for the album. You accrue power by taking it from someone else. Thus, women take the brunt of West’s anger usually via some (oral) sex exchange.

Does this type of misogyny, which, let us be fair, is common in rap, undermine West’s religious allusions? No. Both religion and rap are notorious for perpetuating patriarchy and heterosexism. Any system designed to empower must do so at the expense of someone else. Whether it’s a believer over a nonbeliever, whites over blacks, men over women. How does a new slave get his power back? He becomes “a dick instead of a swallower” and “fucks a Hampton spouse.” Does that excuse West from his cavalierly sexist commentary? No. But a man obsessed with Jesus does so because he wants to imitate the power of Jesus. When rap and religion turn to power, there will be hierarchy, and the person controlling the story will always come out on top.

West participates in a familiar religiosity where power is masculine. The track “I am a God” references Psalm 82:6, hip hop’s Five Percenter tradition where black men identified each other as gods, and the idea that God is different things to different people at different times for different reasons. As a God, as Yeezus, West reminds us that who God is, is contingent upon who we are and how we see the world. Divinity doesn’t always automatically elevate us to where we should be but shows us very plainly where we are and how much further we need to go.